by Robyn Millar on October 17, 2014
in Doppelgängers, Painting Stories 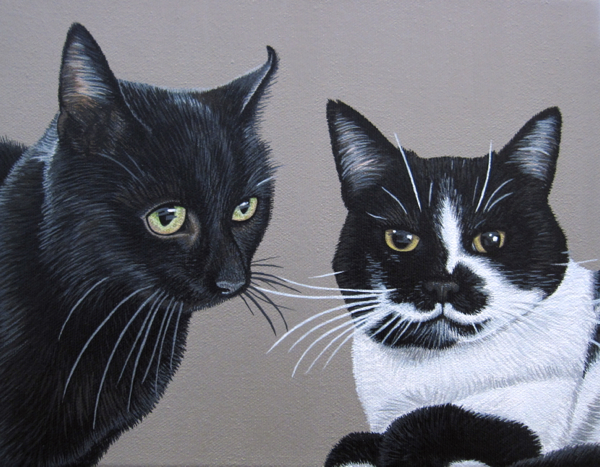 Yesterday, Cefa & Kani’s portrait was given as a surprise birthday gift from wife to husband. Their special kitties are both seniors, and have been through so much:

“These cats are 15 now and both ill with different things so this (painting) will be wonderful. They were our babies before we had our two legged babies and emigrated with us from England.”

Since it’s usually tricky to get photos of multiple pets posing together, we combined two photos to create this painting. The photo we selected for Cefa (the black kitty) shows her unique little ‘kink’ at the tip of her left ear, which her mum just loves. 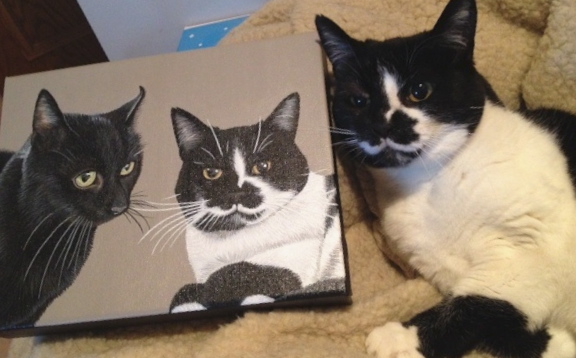 "Hi, I'm Robyn Millar and I love to paint! This blog documents my journey as an artist - sharing past and present works, inspirations & notes along the way." 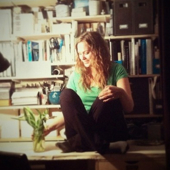